When my first book was set to be published one of the many awkward things to be done was ask friends and peers if they’d comment on my manuscript. It was kind of like asking a teacher for a university reference. You expect they will be civil and you hope that if they think your work is lousy they’ll find a polite way of extricating themselves from the potentially awkward situation.  I really didn’t like the process of asking for blurbs. As Dennis O’Driscoll wrote in his ‘Blurb-onic Plague’ essay in The Dark Horse – blurbs are often worrying close to the language of advertising. I hope to avoid them for the rest of my career. However, I’m certainly proud that so many artists I admire said such nice things and I wanted to share them below.

“This luminous collection begins with the workings of the author’s ghost and ends on a bar stool contemplation of days lived and quietly lost. In between is all the richness and wonder of things. Like a ghost, he returns again and again to concern himself with the workings of the dead, gravity, the passage of time; growing up and growing old. If he had picked up a guitar rather than a palette,  these are the songs Edward Hopper would have sung. They are songs of the season past, of the waning day, of the half lived life.  But there’s nothing melancholic about this book – far from it – the poems are shot through with light, with a determined joy. Van Winkle’s strength as a poet lies in his ability to focus on the quiet epiphanies that transform loss into wonder and wonder into art.”

“Ryan Van Winkle is a straight-talker with a good heart. This collection cuts through the fluff and gets to me, these poems are like hearing what you already know to be the truth.” Withered Hand

“Beneath the calm, crafted surface of this coherent and impressive collection lie churning, treacherous depths.  We glimpse tantalising flashes of narrative, speculateate on the lacunae. Swinging in tone between tough and tender,  poems of love and loss jostle together in unexpected and often surprising ways and the pain of missed connections is offset by  fleeting moments of elation or equally precious clarity.” Dilys Rose

Let the dust dance/ in the shotgun/ beams’…Van Winkle lights a Tom Waits lightbulb in these melodic snapshots, an elegy to the loved, the lost, the fallen, and to America itself.” Emily Ballou

“RVW’s poems are rooted in the detail of daily lives and personal histories, yet their richly sensual physical reality is like ice, glittering beautifully over a void. His speakers are distinctly ill at ease in the world, questioning the sense of it all in voices that combine an elegiac tone with off-beat humour. VW’s first collection marks him as a confident and compelling new voice.” Jane Griffiths

“Ryan Van Winkle is one of the best of the new poets. His wry humour deepens the sensitivity and compassion of his work. But be warned – there’s often a sting in the tail! A fine collection.” Ron Butlin

“The experience of exile haunts these poems, as speakers reach helplessly towards forever-lost pasts and glimpsed, impossible futures.  The wide and empty landscapes of America are stalked by ghosts and silences, suicides and roadkill.  Words go unsaid; the old family life is unreachable because “They do not know the time in my zone”.  Even death is ambivalent: is it a longed-for escape, or yet another numbing failure of intimacy?  Ryan Van Winkle’s back-country lyricism is tinged with cross-cultural influences – the beat-up resignation of Springsteen’s smalltown USA, the teabags and toast of bedsit Britain – that come together in a distinctive and harmonious poetry of distance and loss.” Kona Macphee

“Tensions and exchanges between the generations, together with a fearless scrutiny of the self, distinguish this driven and forceful collection, where almost every poem happens in the immediacy of the present tense.  Here is a new and authentic voice with a punch in the language.”Penelope Shuttle 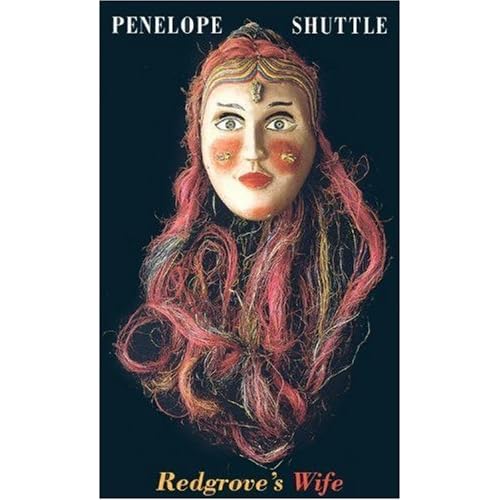 “There is a bracing tension at the heart Ryan van Winkle’s first full collection. On the one hand, there are often ironic and self-aware poems whose focus is on geographical and personal fluidity and, on the other, those which explore, in a number of first person narratives, those whose lives are determined by inheritance and circumstance in the land he has left behind. In poems, like They Tore the Bridge Down a Year Later (about a childhood rape) and Everybody Always Talking About Jesus, speakers recount memories that haunt them, as they seek forgetfulness or redemption. The filmic clarity of van Winkle’s narrative shows they will be granted neither. These are thrilling poems in a confident and rich collection.” Tom Pow

“Ryan Van Winkle’s poems are not for the faint-hearted. I like his long lines and vivid descriptions, crammed yet terse, making rough, tough, sad, spirited word-life. His style suits the subject-matter. This poet is indeed Orion, the hunter and sparkler, tightening his belt tightening his belt.” Tessa Ransford