Back in 2006, my friends & I ran a ‘literary cabaret’ out of The Forest Arts Collective. We called it The Golden Hour. It was a live event and we enjoyed making it happen every month until we didn’t enjoy making it happen any more. Then, a little while after that (in December 2012), we hung up our hats. If you weren’t there, well, you missed it and that’s that. Let’s not dwell on the past.

We never thought we’d ‘bring back’ The Golden Hour & we never wanted to. We thought what was done was done. We’d made an event we loved and we rode it till the wheels fell off.

But then in 2016 we began to wonder what our ‘literary cabaret’ might be able to mature into. We didn’t want to bring people together just to do something we remembered fondly. So, we were looking for a way to make things new.

We had a vision of white. We saw a big hall full of white sculpture. People wearing white boiler suits. So, we made an event called The Golden Hour Presents… WHITE in which we ‘make a fresh start’ and it looked like this: 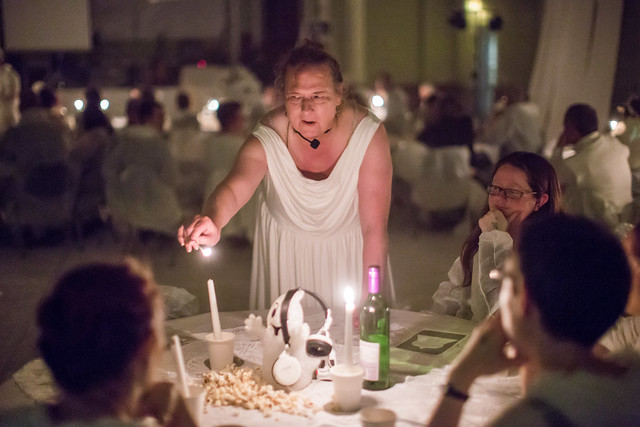 Then, in October 2016, we thought it would fun to create a ‘poetic haunted house’ and host a gig where all the bands cover one song from a famous album. We called this event The Golden Hour Presents… BoneDigger and it was an epic Halloween fever dream which looked like this: 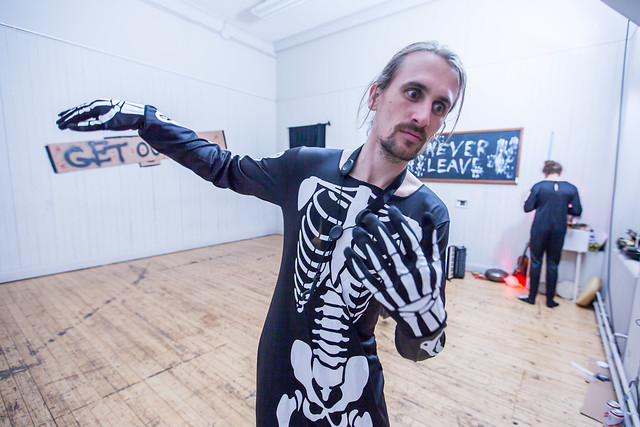 The Golden Hour is created by Ryan Van Winkle & Hailey Beavis and each event involves dozens of friends & artists. We feature multiple art-forms and mediums drawing on a broad range of artists whom we have worked with for over 15 years. The Golden Hour Presents combines DJs, installations, sculpture, film, scent, food, poetry, music, theatre and a poetic sensibility to make cohesive, chaotic, joyful experiences.

The Golden Hour has played to crowds from the Edinburgh International Book Festival to the Melbourne Writer’s Festival.We have been to Beirut and to Berlin.We have been to Montreal and Toronto. We have performed in vans and around campfires. We’ve been described as an event that ‘excites & inspires’ by the International Literature Showcase.

We will come to you if you call.

Over the years we’ve played with Withered Hand, Joe Dunthorne, Kelly Link, Paper Cinema, AL Kennedy and a variety of people you have heard of and many you should have. Here’s a list of folk who have been involved in our current incarnation: