My poem ‘Western Town’ has been published in the upcoming anthology Umbrellas of Edinburgh, a collection of poetry and prose from over 70 writers and published by Freight Books. It is edited by Claire Askew and Russell Jones.

A word from the editors, Claire Askew and Russell Jones…

Scotland’s capital is a vibrant, diverse and modern city, cultivated by people from around the world. It’s filled with cutting edge art, international cuisines, theatres and pubs, bright minds and masonry, dark side streets and sinister stories. Edinburgh is a hub for literary inspiration and ambition, hosting the world’s largest literary festival, and it’s the world’s first UNESCO City of Literature. But pick up a collection of writing about Edinburgh, and you’re often faced with the same list of names: dead white men.

As editors, we were keen to reflect the diversity of Edinburgh and its people, and to shift the existing (dead white men) focus through a more contemporary lens. This anthology includes work from writers of colour, writers who identify as LGBTQIA+, who live with disabilities, writers who have lived in countries other than Scotland, and its contributors predominantly identify as women.

Our brief to the writers was simple: choose a location in Edinburgh and write about it. Between these pages you’ll find explorations of architecture, fragments of memories, views of potential futures, romps in hedgerows, summer picnics, hard winters, love, loss and the moments in between. These poems and short stories show us that the city is inseparable from its people, and it’s the voices of our times which add colour and meaning to the brickwork. But it also shows us that Edinburgh is still a great source of inspiration for its inhabitants and those who pass through it; it takes them on journeys, through which the people and the city are forever altered.

Delighted to announce I’ll be reading at the launch of a new science fiction magazine from Scotland, Shoreline of Infinity, edited by friend and poet Russell Jones. It will feature new fiction, art, articles and reviews, and will have both a digital and old timey paper edition. It’s on Thursday 2 July from 7.30pm, at Paradise Palms, 41 Lothian Street, near the Edinburgh University campus. Hope to see you there!

Be The First To Like This is an anthology of the new generation of Scottish poets edited by Colin Waters. We talk to him about his thinking behind the book and then to a selection of the poets in the anthology – Claire Askew, Jenny Lindsay, Samuel Tongue, Theresa Munoz, Patricia Ace and Krystelle Bamford. Presented by Ryan Van Winkle @rvwable and produced by Colin Fraser @kailworm of Culture Laser Productions @culturelaser www.culturelaser.com We acknowledge the financial support of Creative Scotland. 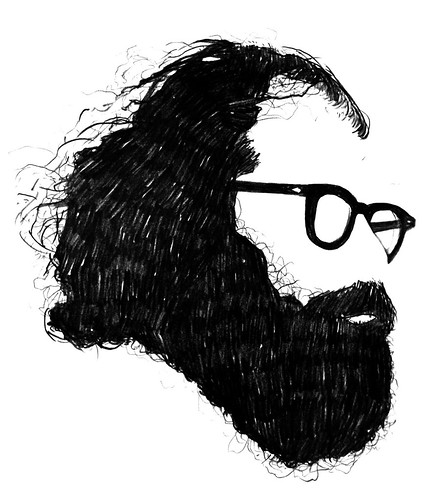 My poem, indebted to Allen Ginsberg’s ‘America‘ (when will you send you eggs to India?), appears alongside many fine others in Read This Press’ limited edition chapbook. It is a great pleasure to be among so many international writers and friends celebrating one of my favourite influences. I should name some of the brilliant poets in this collection but then I would have to name them all. So, I’ll just say — buy the book. It looks great and the word on the street is — If you dig Allen, you’ll dig this. Go here and look for Allen’s face. He’ll sort you out.

What else: We’ll bring beer for you!

Kona Macphee – The graceful poet gives us a chance.
Russell Jones – Poetry not confined within the lines.
Claire Askew – white-knuckle poems for you.

Hailey Beavis – when Hailey sings, something inside you listens.
Billy Liar – acoustic punk with a little blood on it.
Withered Hand – the wit-full, wistfull, sweet son-of-a-bitch. Who has a brand new album of his own y’all should buy.

Please support Forest Publications – a non-for-profit part of The Forest at 3 Bristo Place.

The third of our hip, techno-savvy podcasts is up and streaming at the SPL website, and features recent visitors and events hosted by the library, including the aptly-dubbed Noisy Day. There’s clips of acoustic punk Billy Liar, freelance folk adventurer Chandra, Pavel, who recorded Burns in Czech for us, also Robert Crawford and Douglas Dunn discussing the release of a new anthology Poems Chiefly in the Scottish Dialect, even more Claire Askew, editor of Read This Magazine, discusses Lewis Carroll’s “Jabberwocky” and we have Ishbel McFarlane reciting Burns’ ode, “To A Mouse“. All for your enjoyment: Listen here.