Back to main ViewMaster page

ViewMaster is a personal & poetic slideshow for your eyes and ears only. An imaginative leap to another country and a step back to the wonder of childhood. 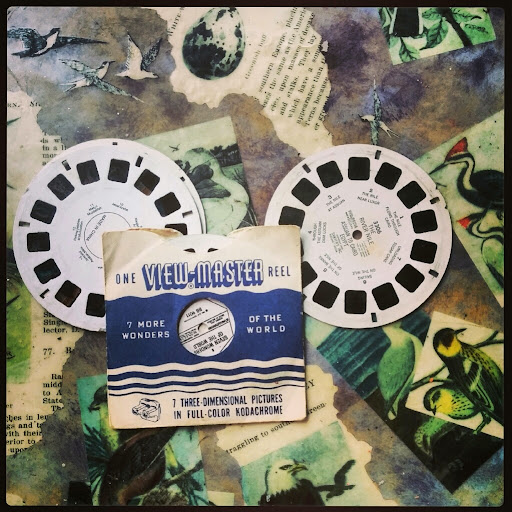 Ryan Van Winkle (poet) & Dan Gorman (sound artist) lead you on a playful, sometimes surreal, journey to a distant land in under 15 minutes. ViewMaster is more than just a performance it is an immersive experience for an audience of one which begins in a child-like den then whisks you away to another world.

ViewMaster has been performed at the Ausform Festival in Bristol (2013), The Forest Fringe (2013), Poetry International at the Southbank Centre (2014) and Summerhall as part of the Made in Scotland Fringe programme (2014).

ViewMaster is Ryan Van Winkle’s follow up to his acclaimed 2012 Fringe success ‘Red, Like Our Room Used to Feel’ – one of the year’s top ten best-rated shows. The Red Room received media attention world-wide due to the intimate and original nature of the one-to-one performance style. The performance at the Southbank Centre in 2012 led to a feature in the Sunday Observer.

“…a landmark production for poetry in performance.”

Van Winkle is Poet in Residence at Edinburgh City Libraries where he focuses on new ways of presenting poetry to new audiences. In 2013 he was named one of Cannongate’s ‘Future 40’ – a list of Scottish artists who may define the next four decades.

Dan Gorman is an electronic artist who has done field recording in Afghanistan, Syria and an abandoned military base in Teufelsberg, Germany. His work uses collected sounds in unexpected ways. He has released three albums on Invisible Agent records and has had music featured as soundtracks to Al Jazeera documentaries.

Ryan Van Winkle is a pioneer of spellbinding one-on-one poetry readings that are akin to stepping inside your own poetic art installation. — Charlotte Runcie, The List

‘A jewel … an immersive, dreamlike experience.’ – All Edinburgh Theatre

‘…a delicious quarter of an hour that feels like you’ve slipped into a quiet oasis.’ – The List

‘There’s a swelling melancholy, a yearning for something just out of reach, that that creeps in. It’s a strangely calming experience…. You leave reminded that who you are is often where you’ve been.’ – Exeunt

ViewMaster is a very flexible production and can be performed in a variety of spaces: urban tents, vans, shops, storage containers etc. We would be happy to discuss ideas with you.

At minimum, we require a working space of approximately 2m x 1m with at least one power source.

Ryan Van Winkle and Dan Gorman are both experienced workshop leaders and can deliver lectures or facilitate workshops and collaborations focused on the following topics:

* Working with the arts in times of conflict

* Poetry as a way of practicing English as a second language

Writing workshops could develop themes of your choosing (local history, architecture etc) over one or more sessions. We can also coordinate workshops with an educational and outreach focus for those with English as a Second Language. Workshops can be for ages 8 – 80 and for those interested in poetry, music, or for those who just want to try something new.

“Ryan’s work as Poetry Reader in Residence has been invaluable in supporting the development and use of a vibrant poetry collection in Edinburgh City Libraries.  Ryan brought enthusiasm and energy to bringing poetry to all ages.”

ViewMaster takes place in a specially designed set by artist Faith Eliott. After entering a child-like den reminiscent of playing in the house on rainy afternoons, Dan & Ryan whisk you away on a unique visual-sonic-poetic journey to one of four destinations: Mecca, the River Nile, Holland or the Seven Wonders of the Ancient World. Van Winkle says, ‘To me, the piece is as much about the power of play and imagination as it is a rumination about getting older, dying, nostalgia and the things we build, the things we leave behind.’

Dan Gorman and Ryan Van Winkle have worked together on successful audio and poetic collaborations for over a decade. With Highlight Arts they have led successful workshops and festivals in Iraq, Lebanon, Syria, Bosnia and throughout the UK. Highlight Arts works in regions of conflict to promote art, culture and understanding. The duo first met while working in Edinburgh’s Forest Arts Collective which spawned the highly-lauded Forest Fringe. Both remain core members of The Forest and Gorman has gone on to run the Roxy Art House. As an artist Gorman has performed in Berlin, Damascus, Edinburgh, Cluj Napolca and London. His work uses collected audio in unexpected ways, building ambient atmospheres from familiar sounds. He has released three full length LPs on Invisible Agent records and had music featured as soundtracks to AlJazeera documentaries.

Van Winkle is Poet in Residence at Edinburgh City Libraries following an extended run as the Scottish Poetry Library’s first ever Reader in Residence. His work is focused on finding new ways for audiences to engage with poetry. His poems have appeared in literary magazines and newspapers throughout the world including The American Poetry Review, The Prairie Schooner, New Writing Scotland, The Scotsman, Poetry New Zealand and more. In 2012 he was awarded a Robert Louis Stevenson fellowship which allowed him to live and work in France for a month. In 2013 he was named one of Cannongate’s ‘Future 40’ — a list of Scottish artists who may define the next four decades. His performance at the Southbank Centre in 2012 led to a feature in the Sunday Observer.

To re-create the ViewMaster experience at home you can purchase the book, audio and visuals from the performance. While the live performance cannot be replicated we hope the combination of audio and images along side the physical book will allow you to sample the experience at home. Published byStewed Rhubarb & Invisible Agent records.

If you have any questions about ViewMaster please contact: Ryan Van Winkle.

We look forward to bringing ViewMaster to you.